Welcome to The Historic Maasdam Barns

The Maasdam Barns open on the 1st Tuesday in May and close in the last week of October.  Tours are available anytime of the year by appointment.

From 1910 until 1938 the owner of this farm, J. G. Maasdam, was a prominent importer and breeder of award-winning Belgian, Percheron and other draft horses.

Jacob Maasdam and his family moved to Jefferson County from Pella, Iowa in January of 1906.  The two-day journey brings 47 Percheron horses and one Shetland pony to land overlooking Cedar Creek, which they name “Evergreen Ridge Stock Farm.” Just four years later, Maasdam expands his farm with purchase of the Turney property. Ellsworth Turney’s company manufacturers Charter Oak Wagons. Maasdam then builds the Mare and Stallion barns along with the “Big House”. Amoretta, Maasdam’s American-bred Percheron mare is named World Champion at the International Livestock Show in Chicago, Illinois. Maasdam has Louis d’Or, reportedly the world’s largest Belgian imported in 1935. In 1945 Maasdam decided to cease the sale of horses.

As the Iowa DOT began planning the by-pass and purchases the Leathers farm in 2001, a survey found that a portion of the farmstead was eligible for inclusion in the National Register of Historic Places.  This portion of the farm was gifted to the Jefferson County Board of Supervisors which prompted the start of restorations to the Stallion Barn by a group of dedicated volunteers. In 2005, the Maasdam Barns Preservation Committee was formed to oversee restoration and development of the farmstead, to restore it and open it to visitors. The application for the 7.62-acre historic section of the Maasdam property to be placed onto the National Register of Historic Places is accepted as “The Evergreen Ridge Stock Farm Historic District” In 2008. 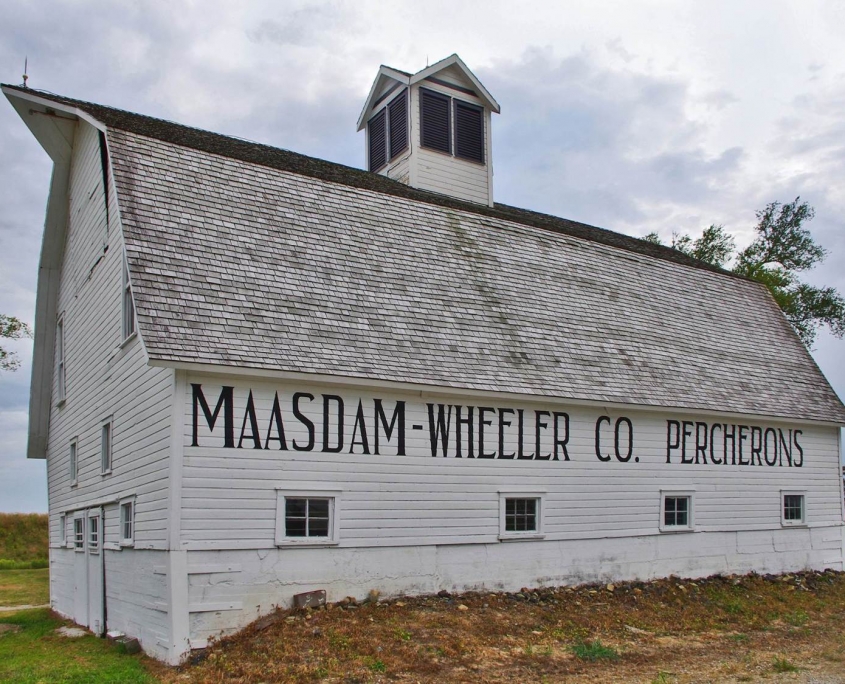 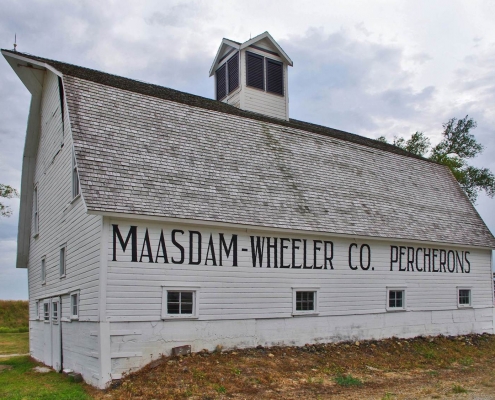 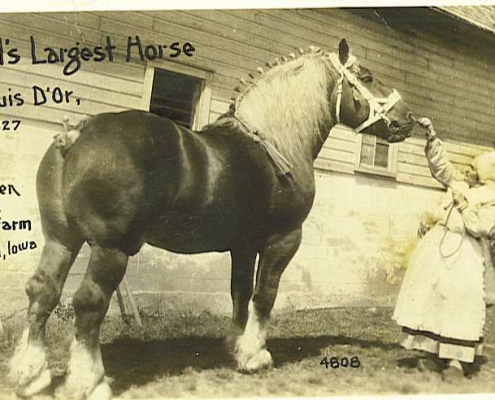 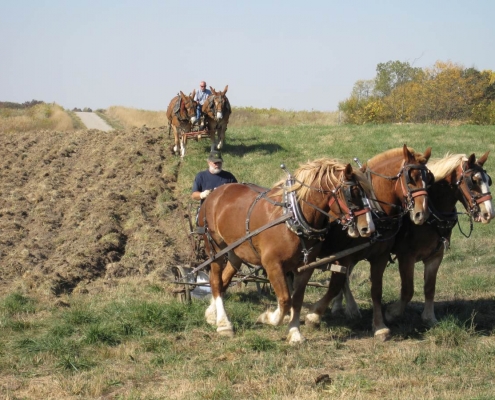 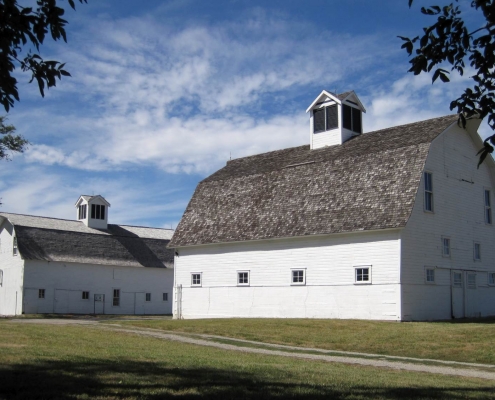 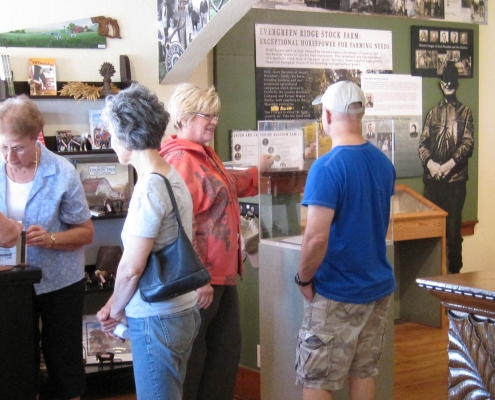 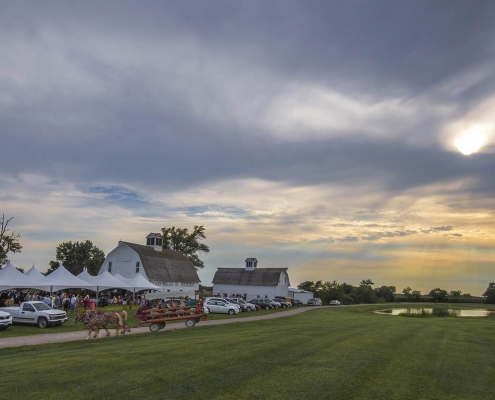 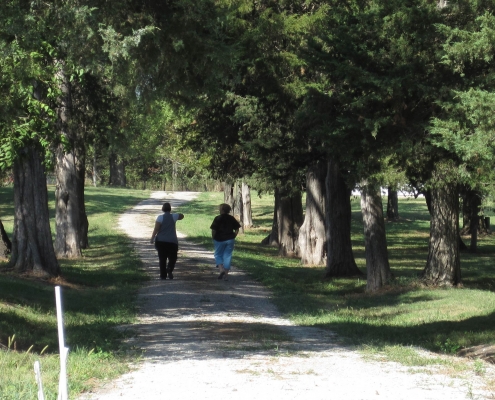 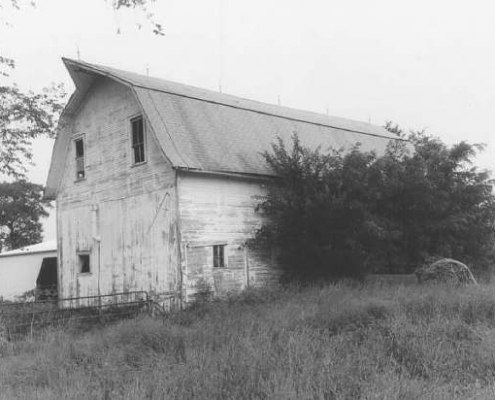 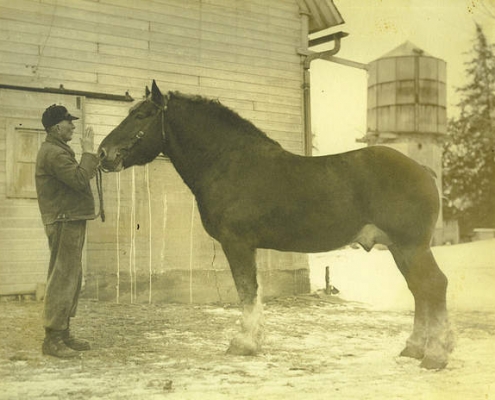 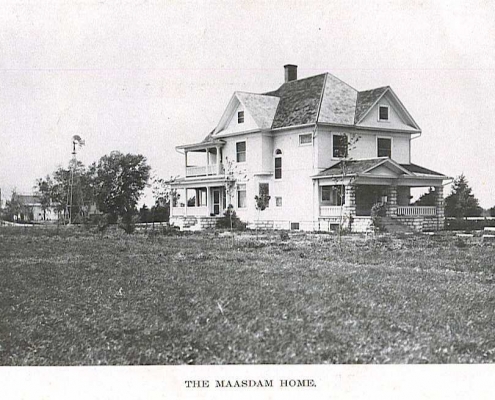 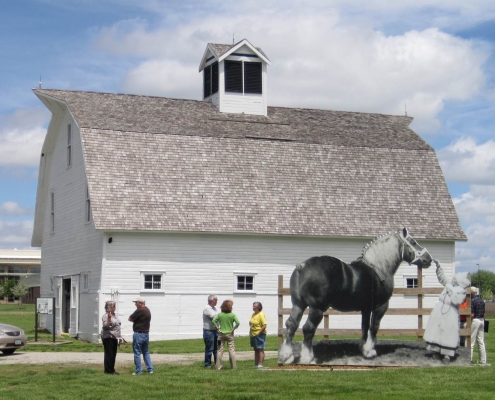 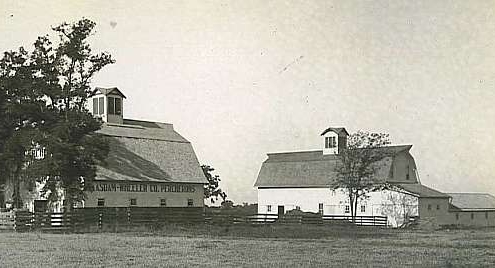