The McElhinney House is one of the oldest buildings in Fairfield.

On January 15, 1846 Robert McElhinney purchased lots for $30 from the city on which he planned to build his family home. The house was designed and constructed by a carpenter, John Lind, with the help of his three sons.

They used native lumber cut from the Skunk River bank and hauled to town in horse-drawn wagons, where it was carefully hand-hewn. Construction began in 1846 and was completed in 1851.

The McElhinneys assembled elegant furnishings of rosewood, walnut and mahogany for the home. It became the showplace of the community.

The family shared their home by entertaining extensively.

After many years the family circle was broken and the property sold. In 1920 it was purchased by the city and used as a grade school.

In 1931, Elizabeth, Robert’s daughter, willed $10,000 to the Fairfield Women’s club to purchase the McElhinney House, her family home. The house was restored to its original beauty.

The first meeting of the Women’s club in their new home was held on September 13, 1933.  By unanimous consent, the home officially became the “Elizabeth McElhinney House.”

The house still retains its New England dignity. The Women’s Club continues the early day hospitality by sharing the house with organizations and for social events.  It is still a source of great pride for the community as a whole.

Construction of the new Carriage House and patio on the northwest corner of the lot was completed in July 2005. This addtition shall enhance the long-term preservation and restoration of the McElhinney House. 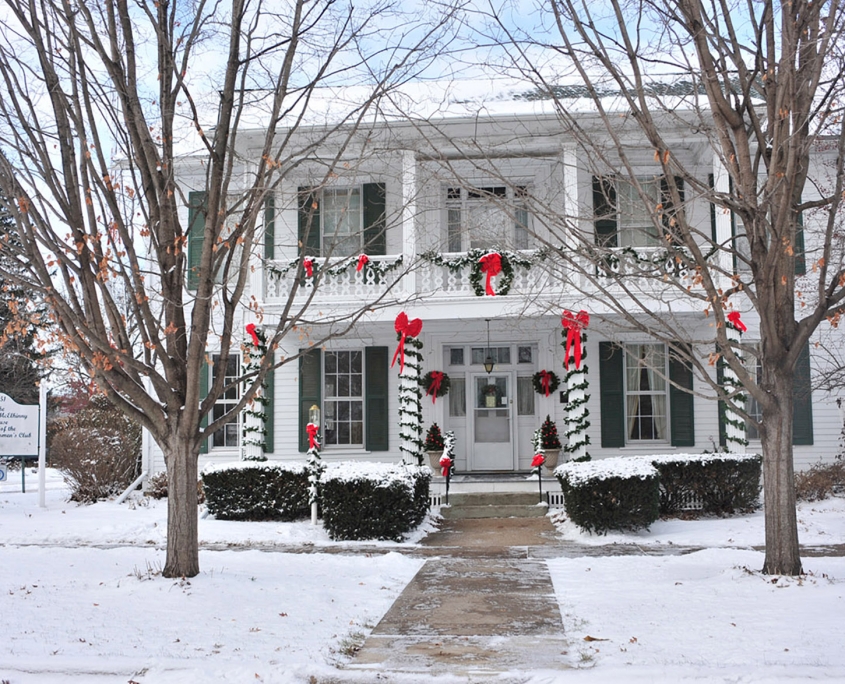 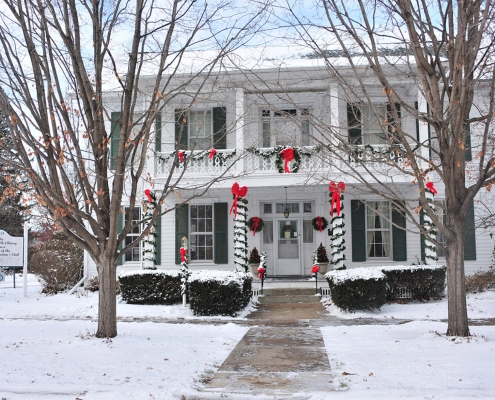 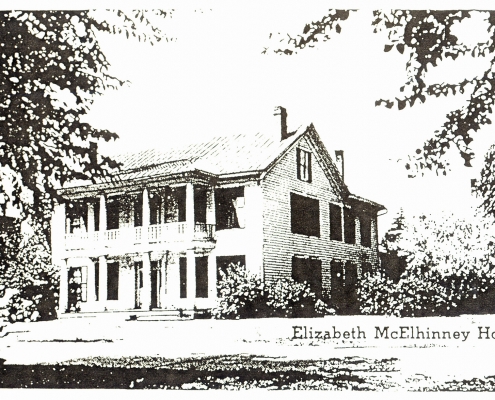 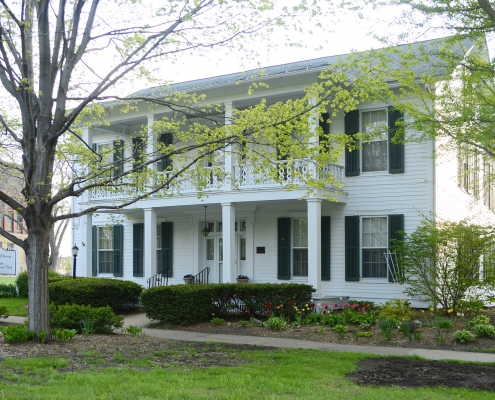 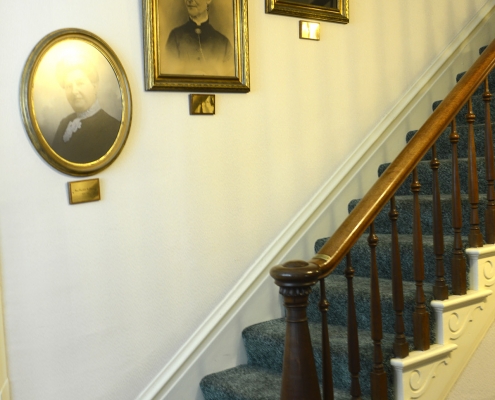 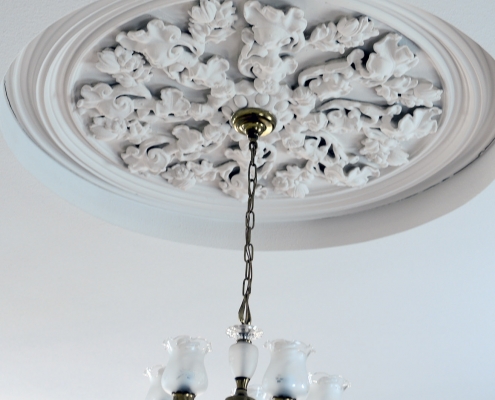 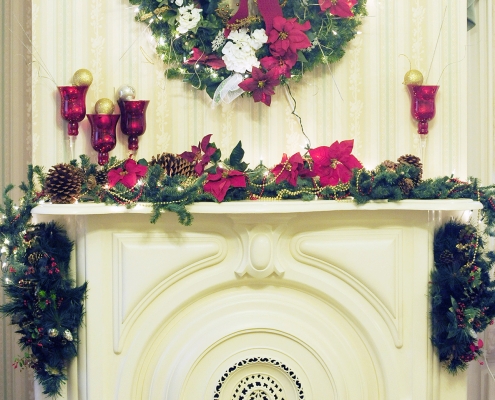 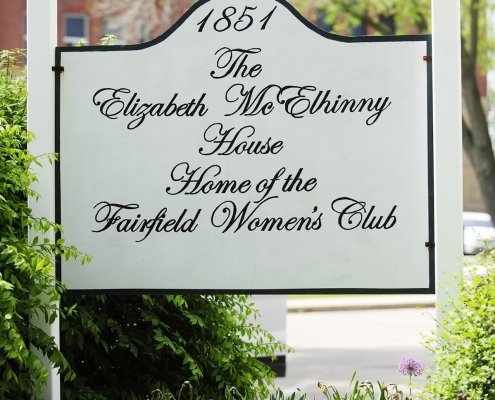